NightShade Media began in 1996 to serve as a corporate structure housing after-hours freelance design work while I worked in the art department for Syracuse Language Systems, fondly remembered as SLS. This unique company was one of the first to develop electronic language learning products, produced on CD and later with some components offered via the web.

Initially my work was in making graphics that became components of the various language learning programs but was eventually joined with another designer to form the “web team”. The date at that time was the release of the Netscape version 2 web browser. It was the Wild West of Web Design and was very challenging as well as being great fun because there were NO RULES. There were no established “conventions” for the way something had to be designed. Managers, marketers and corporate back stabbers were still just trying to learn the buzzwords.

I’ve been involved in the Internet for some time but for years prior to that, I was a designer-artisan specializing in fine woodworking while doing general design for residential and professional office clients. While I love woodworking (better as a hobby than as a business I feel) my general design work drew me into some fairly early Computer Aided Design and I worked extensively with 3D design applications.

One example of the type of work I enjoyed most at that time was developing a method to image valuable hardwood burl veneers into a CAD program to determine the best way to “non-destructively” cut and match the veneers. Perhaps this would not be as revolutionary today, but in the late 1980s I thought it was a very impressive technique. It worked well too! Whenever I had an appropriate job on hand, those precious veneers were never wasted and I always felt confident of having the best matching design before cutting the material.

So… back to NightShade Media. The name “NightShade” was intended to be an edgy spin on the fact that I was doing all of the work late at night when the company was started (and the shade was drawn). All web design/development businesses needs to have an edgy name and a surprising amount of work on the web, and on software related to the web, is still performed at night. For the past twenty plus years, NightShade Media has been my primary business and creative focus.

Web design is a far too simplistic way of saying designing and developing all manner of things related to electronic media and communications. It includes HTML and a now bizarre avalanche of other, and often less well known, acronyms. It encompasses audio, video, motion graphics, databases, scripting technologies and more. Essentially a bit of whatever is needed in an electronic work … but yes, site work and for-print design as well.

So if you check out my weblog you may find references to interest and opinions about computer technologies, the arts and maybe wood lore or woodworking, and history. These being some of the personal interests that have also merged into my profession, or more likely, the other way round. 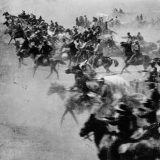 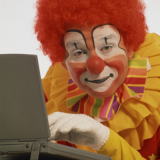 “My favorite things in life don't cost any money. It's really clear that the most precious resource we all have is time.”
Steve Jobs